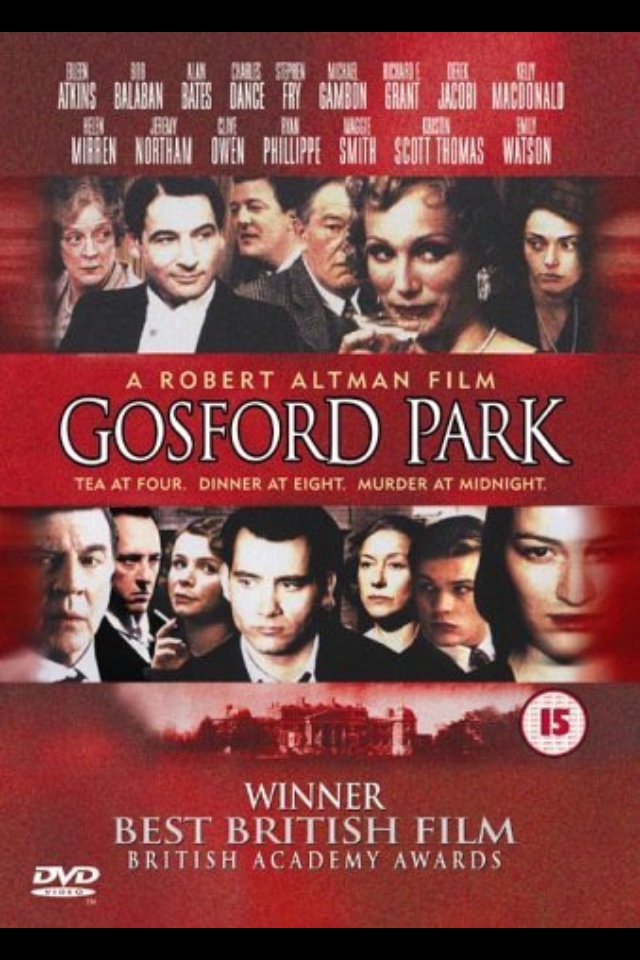 Odd movie, this. Should be great but doesn’t quite make it.
It won an Academy Awars (Original Screenplay) but the plot seems, well, empty at times. Hard to put my finger on it.
As guests arrive for a weekend shoot at the invite of Sir William (Michael Gambon) and Lady Sylvia (Kristin Scott Thomas) McCardle, the relationships and and histories of the group come to the forefront as they face up to their positions in life.
Some of the comedy, though gentle is well done and Maggie Smith tends to run with the subject she is given.
It’s very well done and very well acted but missing just a dab of something.
Things to look out for: that marmalade, stolen shoes and Stephen Fry as Inspector Thompson
Released: 2001
Certificate: 15
Cast: Maggie Smith, Ryan Phillippe, Michael Gambon, Kristin Scott Thomas, Camilla Rutherford, Charles Dance and many, many more…
Rating: Watch once but you’re unlikely to keep coming back again and again. If you like Downton Abbey, also written by Julian Fellows, you’ll like Gosford Park.