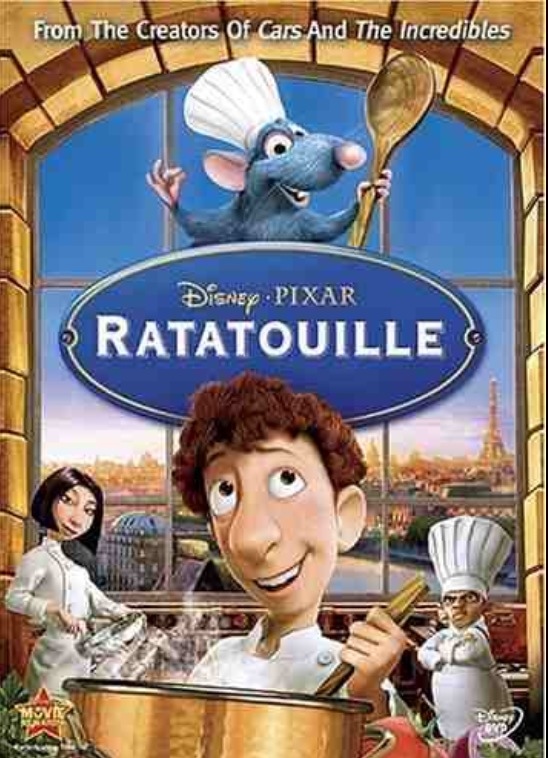 As young ‘garbage boy’ Linguini is just about to ruin a meal in a once great restaurant his mistake is turned on its head by a hidden but talented new chef, making the meal a huge success. The big story here is that this Guardian Angel is no other than Remy, the rat.
From here we have the premise, along with a little romance and masses of comic relief (Emile, Remy’s friend for example).
With health inspectors, food critics, disapproving and jealous chefs, Remy and Linguini have a tough road ahead.
Things to look out for:as ever with Pixar one trick is finding John Ratzenburger, a discussion on fine dining between rats, Linguini being controlled by Remy like a string puppet, DVD extras in the collectors edition include deleted scenes and the short “Lifted”
Released: 2007
Certificate: U
Cast: (Voice cast) Lou Romano, Patton Oswalt, Ian Holm, Brian Dennehy, Peter O’Toole, Janeane Garofalo
Rating: excellent family animation, as ever from Pixar, this movie also doesn’t shy away from the inevitable results of having a rat run a restaurant, highly recommended