“Give me what I want and I’ll go away.”
As a huge storm hits the isolated town of Little Tall Island, a stranger comes to town with a simple message.
But what does the stranger (Colm Feore) want and can the police (Tim Daly) keep the town together with the biggest snow storm any of them has experienced and these dark threats hanging over them?
As people start dying it seems increasingly unlikely.

A morality tale that seems to be missed by many Stephen King fans, this story is well written. There are some moments in the written for TV Mini-Series that don’t quite ring true but on the whole a well crafted TVM. The finale should resonate for any parent out there and there are huge hints at the purpose of the stranger throughout, if you look for them.

Things to look out for: finale, the decision put before the town, loads of spooky effects, nice animated cane handle, spotting Stephen King
Released: 1999
Certificate: 15
Cast: Carson Manning, Tim Daly, Colm Feore, Debrah Farentino, Jeffrey DeMunn
Rating: good enough though not quite as disturbing as could have been, worth watching
👌

Part of the Stephen King Collection. 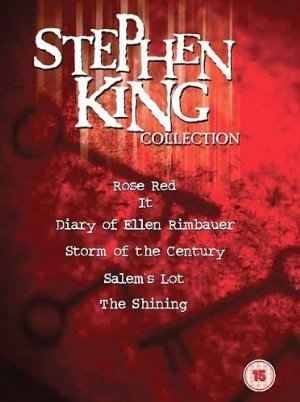