With Gotham City overrun with organised and opportunistic crime and a police force either too corrupt or so out manned that it cannot defend it’s citizens, a new approach is required.
Enter the costumed vigilante. Enter Batman.
But Batman is really the millionaire playboy Bruce Wayne (Michael Keaton) and as the fame of the crusader increases, so does the interest of the press.
One such is Vicki Vale (Kim Basinger), along with Alex Knox (Robert Wuhl). As romance blossoms between Bruce and Vicki though a new and unpredictable danger is born out of the violence of Gotham’s gangs. The Joker is in town and he’s he’ll bent on taking over and have a lot of fun along the way!

First the bad stuff, they should never have made the Joker an identifiable individual. This ruins the mystique surrounding the character. Of course, like many comic fans, I’m not convinced by the casting of Jack Nicholson as the Joker. He does a good job but lacks a spontaneity that I think the role requires.
Keaton was an odd choice too – at the time. The success of Beetlejuice probably sold him and director Tim Burton to the producers. Both do an excellent job though, deep and thoughtful. Distant.
The minor characters are played well and the City itself is just about brooding enough, though occasionally lacks menace. I guess even the hardest cities have to have lighter moments? 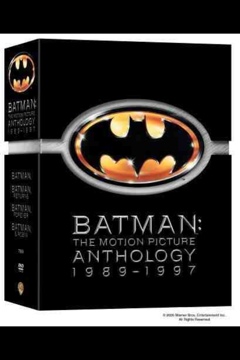