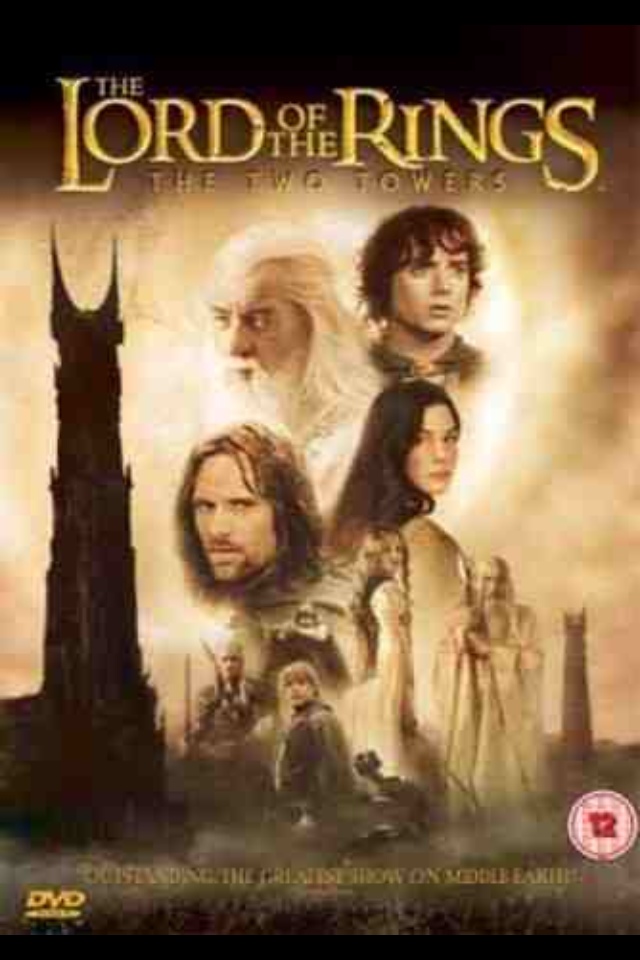 Frodo, Sam and The Ring move on from the tragedies at Moria and the Falls of Rauros (though they have no knowledge of the latter) and pick up an unlikely guide along the way.

The rest of The Fellowship make the decision to help aid the kidnapped Hobbits, Merry and Pippin. Moving into the the lands of the Horse Lords though they find treachery and destruction around them, far from the influence of Sauron in Mordor. Thus a new enemy rises to challenge them.
Saruman (Christopher Lee) is close to unleashing his plans to overrun the Rohirrim when Aragorn, Gimli and Legolas arrive.
Frodo and Sam are hopelessly lost in pathless hills when they allow Gollum to be their guide has their situation become even more precarious?

Not really a sequel this as the story is simply split into three volumes. I have heard people be disappointed with the lack of a proper conclusion to the movie but that’s shortsighted.
The adventure continues with more dramatic scenery and bigger battles as the scope widens and the true scale of what’s at stake finally becomes apparent. With more creatures to play with the effects teams really get there teeth into the story. The Ents are a marvel!