Day 051: The Lord of the Rings: The Return of the King 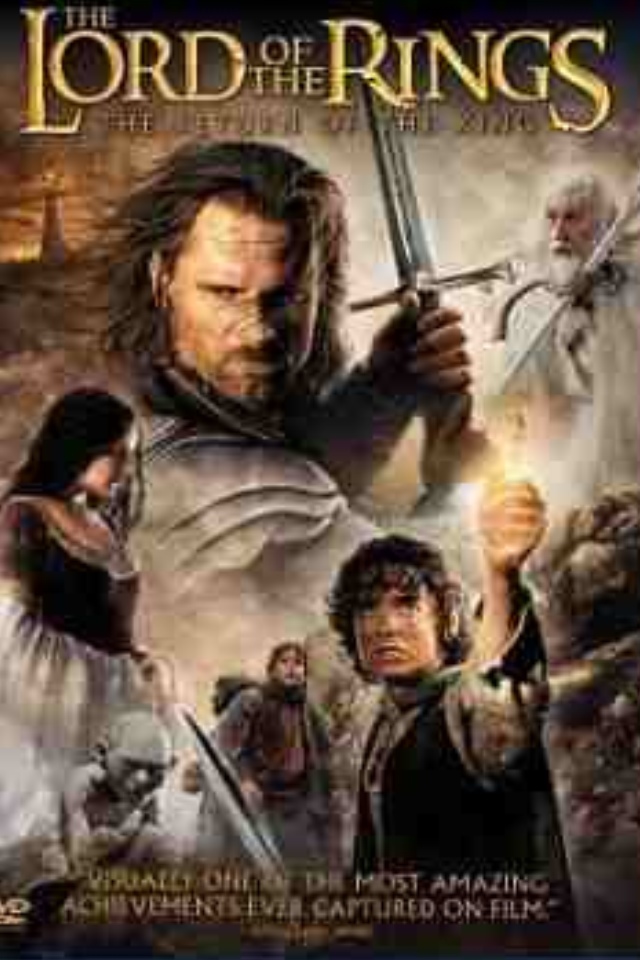 The final battle comes to Middle Earth. But the war will not be won by arms or sorcery. Only two small, desperate Hobbits can save the day, if their guide does not betray them first.
Just as the threat of Saruman is neutralised the rest of the Fellowship moves on to Gondor and the real peril represented by the armies and power of Mordor, Barad Dur, Sauron.

Wow!
Excellent finale. The Paths of the Dead are one exceptional imagining of what I always considered a crux moment for any film adaptation. Marvellously done.
This is the movie that won eleven Academy Awards, equalling the record. I like to think that ths was deliberate as the same people worked on all three they simply held back the gongs to prevent having to give the threes for the same – if epic – piece of work.
All the praise is deserved as the trilogy is fought to a suitable climax. However, it is massively edited in comparison to the source material, as is the first movie.
Additionally, they play far more with the plot, bringing elves to the defence of Helm’s Deep, only now producing the reforged Narsil – Andúril.
The skipping of the entire Scouring of the Shire demeans the Hobbits yet further, as did the removal of their journey to Bree in the first instalment.
One fault often laid at Tolkien is the lack of female characters. Even in these adaptations I feel the only real character is Eowyn. Cate Blanchett‘s Galadriel deserves praise and the famous voice over at the beginning of the first instalment is superb. But those apart – the ladies are nonexistent of extremely weak.
But the movie works and there is no doubt the characters and huge set pieces are glorious.

"Thoughts of an idle mind." Information Security professional.
View all posts by harlekwinblog »
« Day 050: The Lord of the Rings: The Two Towers
Day 052: The Keeper of Traken »