Windows 8, Hands On (Part One)

Well, here’s a change from my normal Apple fixated life.
The new Microsoft Windows 8 operating system was released to the public as what the software giant refers to as a Consumer Preview.
But what is it like…

Microsoft have a chequered history with operating systems. The certainly were in the right place at the right time for DOS to take hold at the very beginning of the home computer market.
When Windows appeared they had been beaten to market by Apple for the GUI but were able to continue and grow.
Alternate versions of Windows tend to be good, then bad. The “even” versions the poorer siblings.
Windows 3.11 (the last of its kind) was a very well rounded, complete package.
Windows 95 was an innovation but seriously flawed and it took five revisions to get right.
Windows 98 was much, much improved and touching on what people expected originally.
Windows Millennium was a disaster for the company and was soon replaced.
Windows XP was a startling return to form and to this day is the favoured OS of many businesses.
Windows Vista was a sprawling, chaotic, overweight and dawdling mess. Much hated.
Windows 7 again smoothed out the edges and was surprisingly faster than Vista.
Now we have Windows 8. History tells us it will be a stupendous disaster. Let’s see, shall we…

First first thing to note is that as a pre-release version it is unlikely that all the bugs have been removed, that all software will work effortlessly, that all hardware is supported or that the final code is yet optimised or clean.
Still, though, they are excellent indicators of the feature set and the major developments involved in the next major release.
Also note that the images, logos, insignia and designs in the following screen shots are the property of the appropriate rights holders. Apologies for the dodgy quality of the early images.

The operating system can be obtains from the Consumer Preview site HERE.
I would recommend that you down load the ISO as that allows the greatest flexibility. You will need to record it to DVD so be prepared. I found the in-built Windows 7 ISO burn perfectly ok for this.
The machine I selected is an old Dell Latitude 420. A good test as it has a fairly standard hardware set and yet is old enough to cause newer systems potential grief. Laptops have notoriously been difficult to support in new operating systems in the past.
BE PREPARED: choose a machine you have no important information on and which is not critical to an person, process or service, either personal or business.
If you fancy having a look at Windows 8 but aren’t a computer geek then this install process is not difficult but I would recommend to go through it with an IT savvy friend, just in case.
Initiating the installation is just a matter of booting off the DVD.
Once that has begun you’ll eventually be asked whether you wish to replace the old operating system or keep it. I’d recommend replacing the old system as it just removes a lot of potential problems.
From there on follow the on screen prompts and “enjoy the ride”. The user is pretty much a spectator during much of this.
Here’s your new companion for the journey, a wee goldfish. 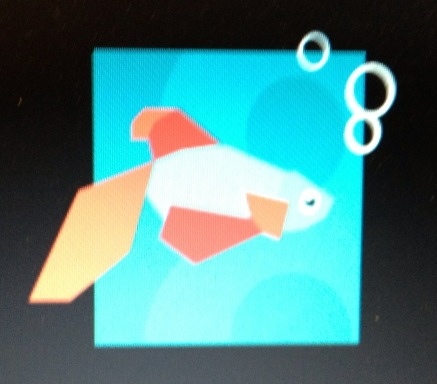 Each of the subsequent steps in automated but here’s an example screenshot.

Here are some dodgy photos of the early sequences.

As I was not on a wired network I then asked to choose a wireless network and configure it.

Express setup is usually a good starting point. If you get into difficulties you can always try custom setup later.

This next step threw me a little. I seem to be asked to use or create an online account to use the Consumer Preview. Luckily I have “untrusted” email accounts that can be used for this kind of work. 😉 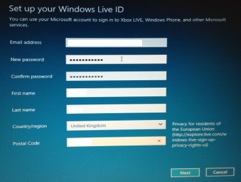 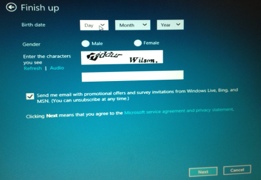 …and now we’re done. The new start up page is presented with a nice pretty tree. 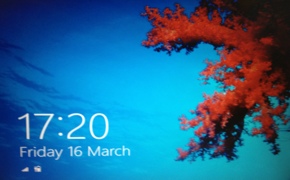 The next step of course is to login and give a whirl.