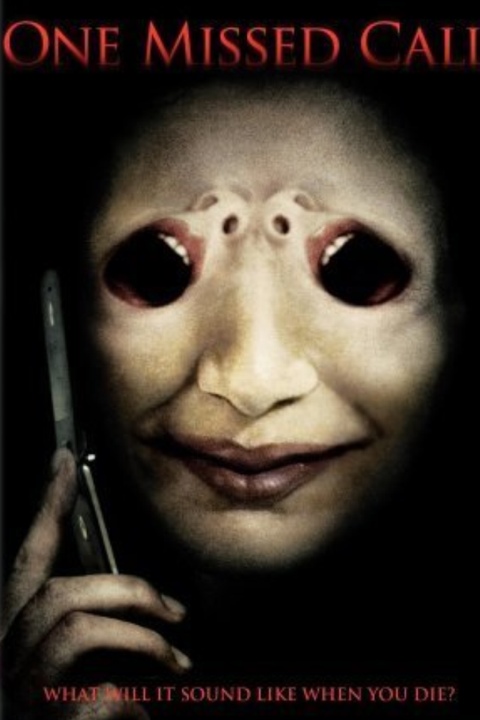 A young woman, Shelley, is dragged into a pond by a hand that reaches out from below.
It then grabs the pet cat for good measure.
All by itself the girl’s mobile phone starts up and scrolls through contact list.
Is this odd event connected to the fire just witnessed where a little girl indicates that her mother is still in the burning building?
Later, girl named Leanne (Azura Skye) joins her friend Beth (Shannyn Sossamon) at a party. Whilst talking about the funeral of the drowned girl, Shelley (Meagan Good) Leanne’s phone rings. Leanne categorically states that is not her ringtone. Even worse, the caller ID is the dead girl, Shelley.
Listening to the message the girls hear Leanne’s voice talking about seeing things and then a scream. Looking closely at the phone they see that the received time is 2 days in the future.
From that time on Leanne starts to get spooked out by odd hallucinations.
As the time indicated on the voicemail approaches She calls Beth. The arrange to meet on a pedestrian bridge, over a railway track.
As Beth approaches and as Leanne nears the far side a maintenance gate opens and Leanne falls through, being hit by a high speed train as she falls.
The sounds of the scene perfectly synchronise to those heard on the voicemail.
As Beth watches, Leanne’s severed hand clutches her mobile phone and starts dialling…

Atmospheric spooky horror, very much ‘of the time’. One Missed Call is a remake of a popular Japanese movie and part of that stream of american remakes that followed the huge success of Ringu / The Ring.
Although the opening sequence reveals more to the audience than is normal in such movies, the dots in between the fire, a grieving policeman – Jack (Edward Burns) and the two young women’s deaths isn’t directly revealed until much later in the movie. Even then the puzzle continues to good effect.
Cinema doesn’t lend itself to some items though. Even now the “hard candy” still looks like marbles to me.
There are plenty of spooky and creepy moments and that tune really should spook you out by the end. In our hardened times some will find this movie quite mild, thus the 15 certificate. Howver the movie is short (less than an hour 30) and effective. Worth a go.
Not as gory as Final Destination, not as disturbing as Ringu, not as spooky as Don’t look now.
Have to admit, that’s a good movie tagline too.