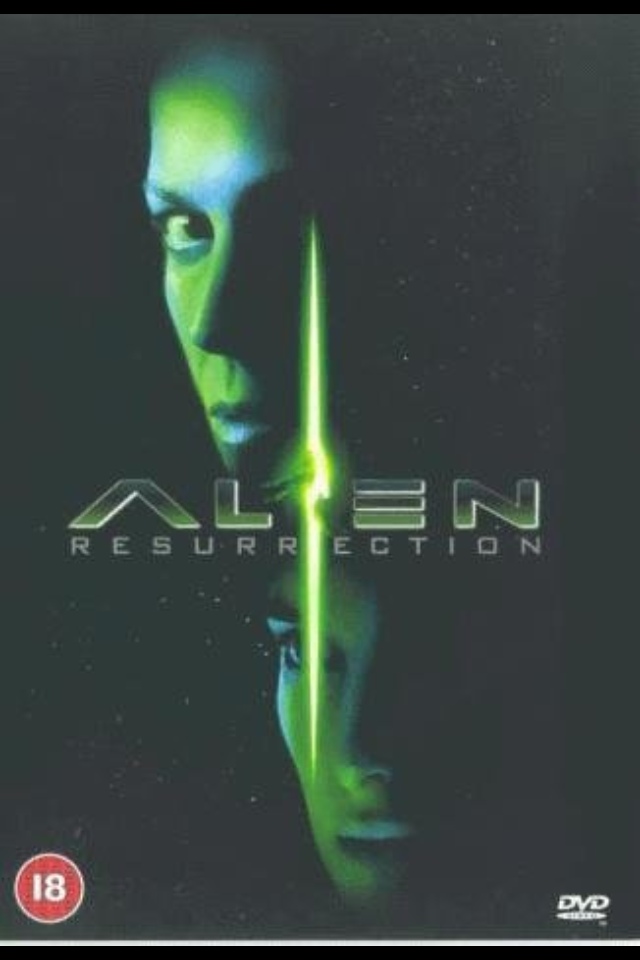 Two hundred years after she died, Ripley is resurrected.
But she isn’t all she seems and she isn’t what the doctors were after.
In their eighth attempt (kindly tattooed on her arm) the scientists successfully clone Ripley from a small blood sample found on the deserted penal colony.
After removing a ‘precious’ queen embryo from her, they study Ripley8. Her amazing growth and learning rates leave them fascinated. She is part Alien.
It isn’t long before they have the Queen producing eggs and a consignment arrives to help them with their endeavours.
A consignment of hyper-sleeping humans is used to mature the Aliens, kindly provided by the the Betty. A motley crew of smugglers.
But carnage is never far away with this species.

Made some years after the third movie, Resurrection uses a more ensemble cast to generate several dynamics at once, whilst trying to keep a central theme going.
In this movie however the theme is man’s wanton meddling and destruction of the world around him.
Even the Aliens are victims of this as they are experimented and played with by their human captors.
The intrigue of this movie is how they have turned around, not too subtly, the elements of the first three films. The tricks they play with the Alien creature, right from the clones of Ripley through to the final mammalanian hybrid (the tranverse of course of Ripley8 herself) are well produced.
The final creature is bizarre. The androids hiding as humans is a nice twist too – Blade Runner esque. Perhaps my favourite element of the movie is Winona Rider‘s performance as the android Call.
Some of the acting is a little off but Rider, Weaver, Perlman, Dourif and Rider are watchable.